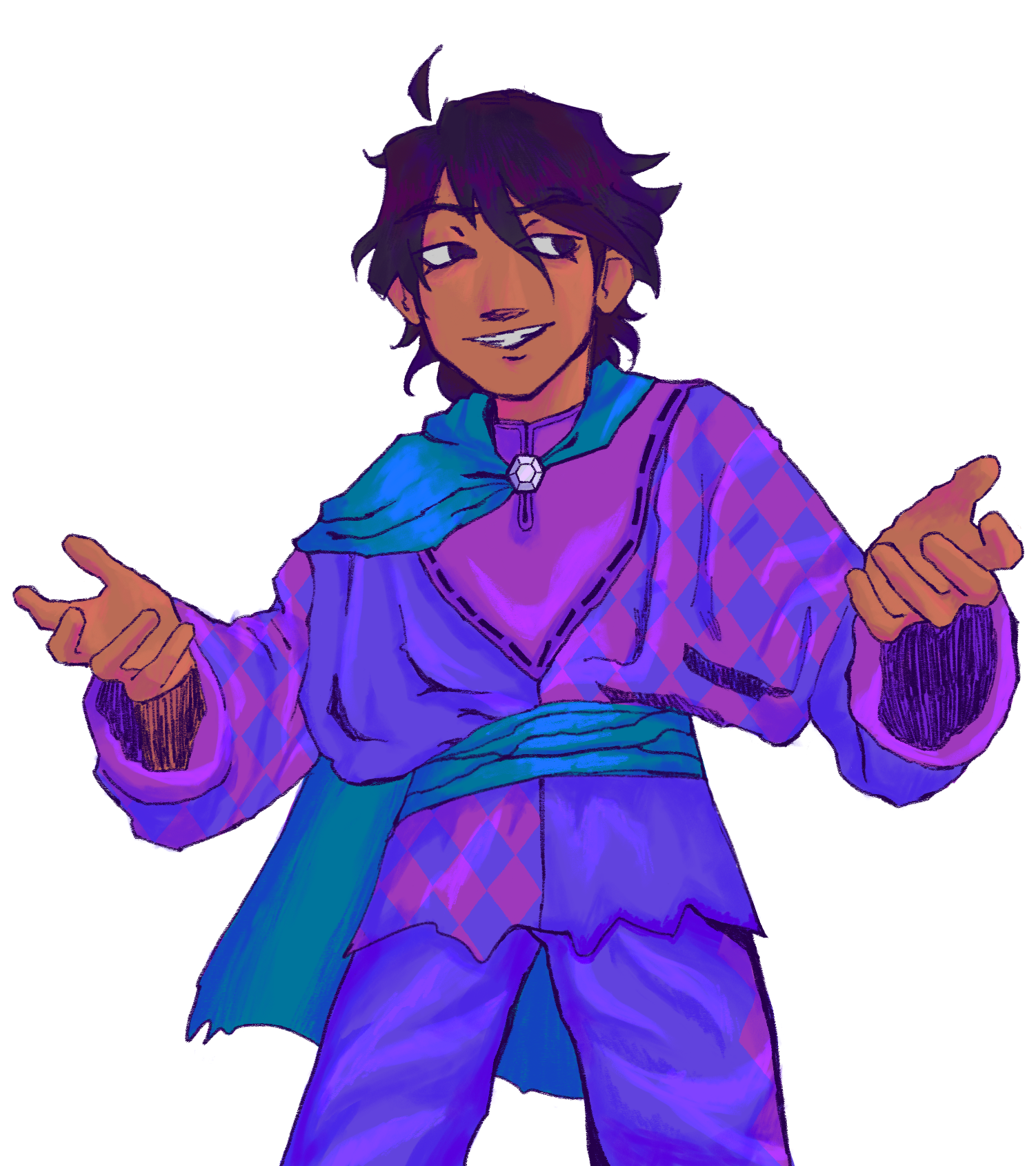 he looks like alric but human tbh like when people look at him and then look at alric they're like "Oh that's what you'll look like when you're older". otherwise he just looks like some dude bc he's short and has brown hair, brown skin, and brown eyes. he's pretty inconspicuous looking but there's also something about him that grabs people's attention (which is definitely the intended effect of his warlock pact lol). his clothes are a bit flashy because he likes to stand out and that's hard to do next to the flashiest person in the known universe. he looks young in his art bc that's what he looked like at 19 hope this helps <3 also his outfit has like huge boots and a big witch hat but i was too lazy to draw them god bless.

coming soon you will all see.

these are all placeholders lmao

ALRIC: his grandson who is just like him <3 he has 100% confidence that alric will be fine, but hopes he finds people he can rely on.

THYME: they've met twice but he hasn't realized they're the same person so he only counts the second time. which is that he owed thyme such a ridiculously large amount of money that he faked being senile and gave them alric's soul instead. he is 100% confident that alric will be able to benefit from this in some way.

KON: he met kon 7 years ago when he visited the summer court to study archfey magic and thought he was a weird little dude but kinda funky yk. he meant to introduce them to alric but he's kind of elusive, but it's ok because alric and kon met on their own.

BANI: his genius granddaughter. she also did a mage apprenticeship under him specifically for transmutation magic. he loves hearing about her research he thinks it's really cool. also he's one of the few people who understands wtf she's talking about with how specialized it is. he's very proud of her.

ANTHE: the love of his life 4ever. he gave him his soul bc anthe doesn't have one and he wanted them to share it

ZACK: tried to figure out how it was possible for zack to be a sentient ghoul. he stopped looking into it when zack died the second time bc he didn't wanna make manny sad