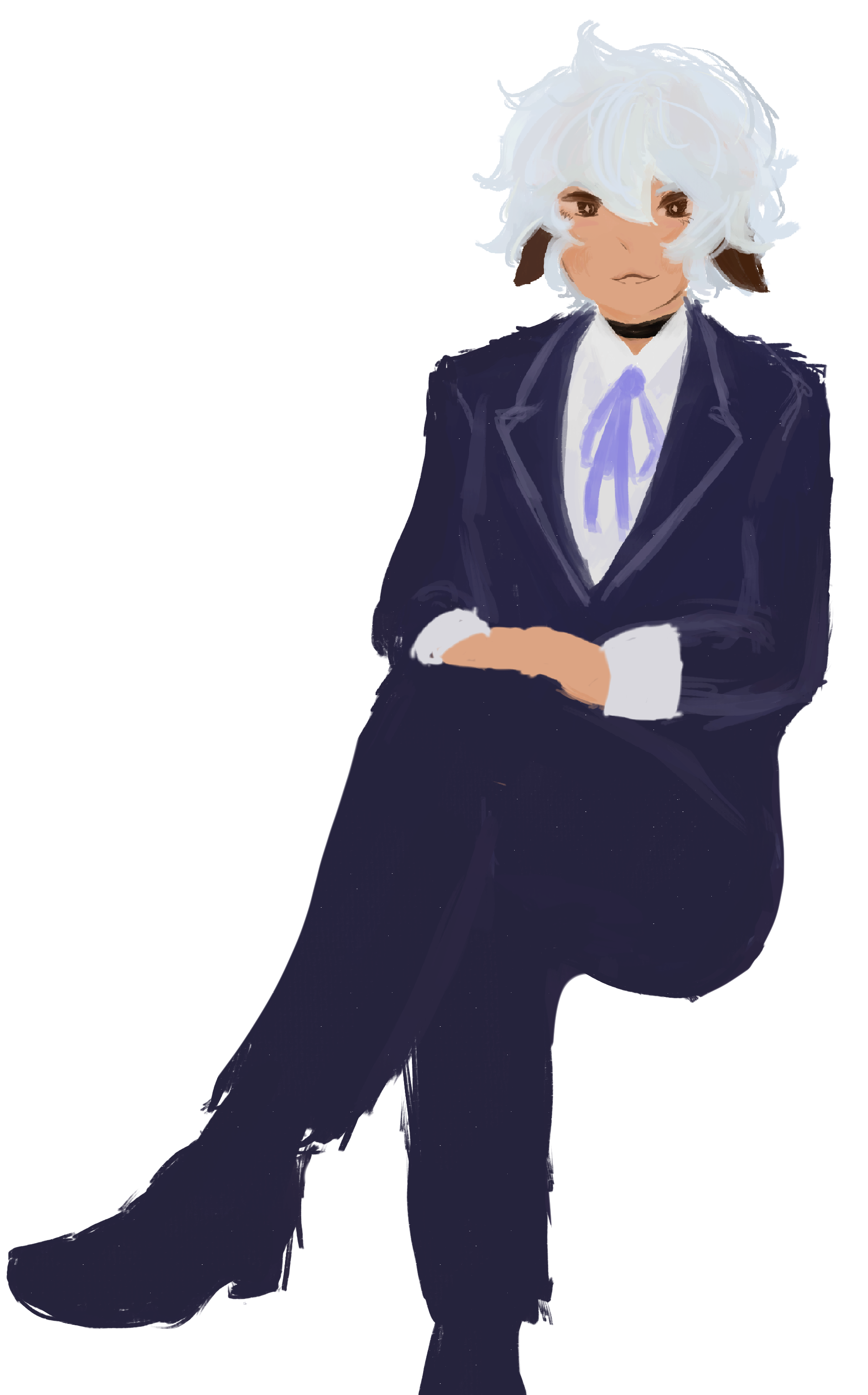 Thyme has long, droopy ears that from afar look like elf or animal ears are actually tentacles. They're endeared to this detail of their humanoid form so he hasn't corrected them to proper ears.

tldr; the entirety of the Petaldive extended universe and more is just part of Thyme's dream as a great old one. Great old ones create and maintain all of reality within their dreams. Those dreams end when they wake up, subsequently eradicating everything that was in those realities. Thyme himself is not awake, but a fragment of his consciousness is. By interacting in these realities directly he's basically lucid dreaming. To most beings that are not great old ones or cosmic in any way, gazing upon someone of Thyme's nature would be like ants seeing a person's eyeball or fingers at the entrance of their anthill, and thinking they're completely separate things. Thyme decides to Lucid Dream tm because he wants to know what its like to be an ant who live laugh loves <3

Following the events of [redacted], Thyme founded his own store, Paradiso, starting with antiques and other interesting products. Business is steady and throughout the years, other locations and branches have been founded. With how long its been around, the accumulated wealth leaves money to be of no object to Thyme. But really, they just do it for fun.

AGLET: But what if she was more blue than periwinkle wouldn't that be so fucked up

ALRIC: I've thrown him around a little too much he needs a hug

ARIAL: I should study her, she's the perfect example of live hard die fast

ARISA: woah... she's so stylish i didnt know people can just sparkle like that

GARDENIA: She calls my dad a fugly slut all the time but thats ok that's just the mlm wlw hostility they are best friends also she is very nice and tells me she looks forward to being in laws :o

DURAYIN: He owes me money but i forgot how much i do know its a lot though lets just add a few 0's and call it even

PEEBY: A child! They will feel the power of the cosmos when they grow up <3