WINTER (THE WIND CAN BE STILL) - STARDEW VALLEY

OMG How tall are you? 7'3 with the antlers? You're sooo funnyyy <3~ Aglet's periwinkle and super tall. She's a bit lanky, but has pretty toned legs. Both her eyes are burgundy. She has a prosthetic right eye that displays various emotes, depending on how she's feeling. Her hair's a dark blurple color (but not the kind of blurple that's used to substitute for black though it's Noticeably Blurple) and she tends to keep it in a braid (as the campaign goes on she switches from keeping the braid on her shoulder to behind her back.) Her hair is naturally wavier, but she sometimes straightens it for work. When it's down, it goes down past the shoulders idk exactly where. Also she has a side shave on her right, continues into an undercut. There's a scar across the bridge of her nose and a few similar, smaller ones around her ankles and arms.She has a more oval-shaped face. She has a deer tail that's the same color as her hair. Her antlers are a very light pink (she's so trans flag colors!)

She usually just wears a white button-up (with a few buttons off), a tie (that isn't tied properly, or at all), khakis or dark blue pants, and black dress shoes to work. She also hangs a pair of scissors on each of her antlers (Sometimes there's a third pair of small sewing scissors too.) Outside of work, she dresses pretty loosely and plainly. She's still figuring out her style (since she started off as a blank slate coming into Petaldive), but she finds herself enjoying accessorizing and dressing up handsomely <3

Aglet is very emotive. She's been really easy to read even before getting her prosthetic eye. Whenever she's idle, she has a tendency to fidget. This becomes even more noticeable after the 5th week at Petaldive. From that point on, she's very bouncy whenever she's idle, and always seems to be dancing a bit to some songs she has stuck in her head.

Imagine doing research on potential employees and seeing that one of them has connections to this company that you're trying to deal with, and you reach out to them and hire them, and then when they come in to the building they're this weirdo that's like... Reintegrating into society. Also they don't actually know shit about the company they were supposed to have connections to. ALSO also they've never worked an office job in their life. That was Kon hiring Aglet.

to aglet, this was her first job ever!!! receiving an offer to work at such a huge company was one of the last things she could've expected, but she didn't hesitate to accept it! she was super excited and super nervous to work at Petaldive and even showed up to her first day 2 hours early! Her enthusiasm was definitely offputting to her two coworkers, but she didn't really have any self awareness until a few days of working at Petaldive. She didn't really have any sorts of expectations for this job (let alone office jobs in general) so she came to work somewhat ready for combat and was generally pretty okay with the different shit the Taaaskforce got thrown into.

That being said, despite having literally 0 expectations for how this job would go, some weird shit happens during her time at Petaldive!!! She gets so freaked out that she reintegrates back into society on her first week of work! And then she started experiencing migraine-inducing flashbacks as a result of the specialized assignments the T(aaa)skforce receives?!?!?! Although she tries to keep a mostly positive demeanor in the face of everything that happens at work, you can very clearly See her getting more and more freaked out as more time passes. Her mental darkness is pretty low so she tends to get way more fucked up by a lot of the shit that happens at work than her coworkers (especially when it causes her to Remember)

She really doesn't know what she plans on doing after Petaldive, or what to do about all the issues from her past very rapidly catching up to her, but she knows one thing for certain: She's holding on to any sort of resemblance of a normal life that she can have in this Fucking Job. Which is. Well. She knows what she wants I guess! Her wanting to feel Normal and Like a Person makes the actual Office Job part of Petaldive a lot more bearable for her. Honestly that also makes it super easy for her to get attached to the people she's met while working here. Like it's only been a month but her coworkers are like her best friends forever in their Lesbian Centric Semi Platonic Throuple. These people are the first friends she's ever made in recent years and they're all so wack but she loves them so bad. She does NOT want to give up what she has here and she ESPECIALLY doesn't want to go back to whatever the hell was happening earlier in her life. Peace and love. 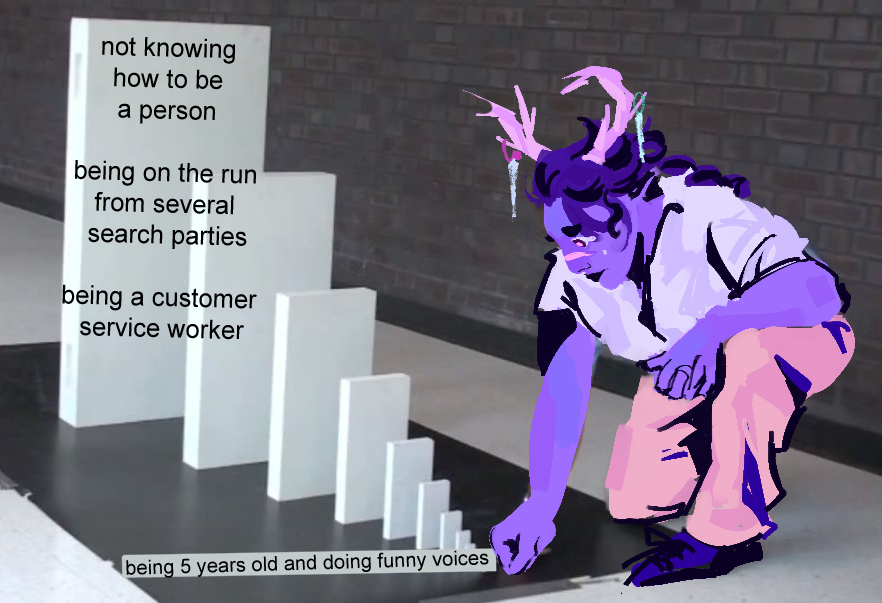 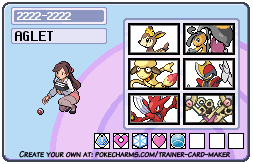